The Lords Bridal Company – The Musicians 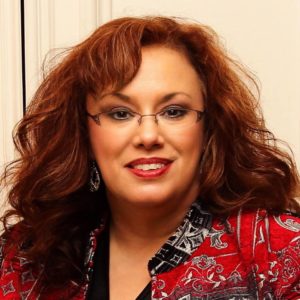 Professional musician with over 30 years experience in all genres of music, especially Contemporary and Prophetic Christian Music. Has received numerous awards in advertising musical jingles, and has well over 30 years of studio experience from recording, producing, studio artistry and mixing and mastering. 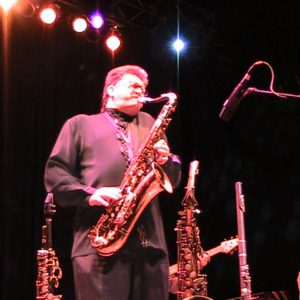 Don Pope is a marvelous “Texas Tenor”, but not limited to one horn. He has a full rack and can blow captivating solos from each and every horn. After graduating from the Houston School of Performing and Visual Arts, Don went on to perform with musical groups including Archie Bell & the Drells and Toby Beau, before creating the group Don Pope and Friends, consisting of various musicians that come and go – great for a constant flow of new, fresh and sweet music. As an ordained minister, Don has been on staff at Grace International Church in Willis for over 20 years, as an associate pastor and worship director. He has ministered all over Mexico, Costa Rica, Argentina, and Germany, to name a few. What may have begun as just trips as a guest musician led to worship workshops, prophetic ministry and speaking engagements impacting cities and inspiring the next generation. 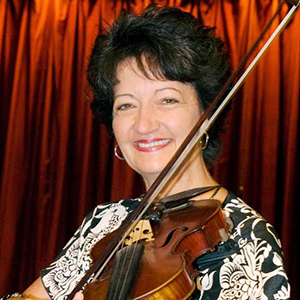 Rev. Janet Shell is an ordained minister with strong prophetic giftings and skillful musical abilities. She serves the body of Christ as an evangelist, teacher, worship leader and violinist. Janet travels extensively throughout the United States and abroad. As she teaches and preaches, gifts of the Spirit flow in many powerful and delightful ways. The release of joy in God’s people make Janet a much sought after speaker in conferences and local church ministry.

After receiving a degree in music education with an emphasis in violin she served on the staff of Hope Temple in Findlay, Ohio for eight years. She raised up a sixty piece orchestra, largely through the students of Hope Temple Christian School. Her students won many national awards.

She was ordained at Fountain Gate Ministries by Dr. Fuchsia Pickett in 1986.
She is a member of Antioch Fellowship of Ministers. Her desire to see the body of Christ birthed into praise and worship led her to become one of several pioneers who have taught in conferences and crusades around the world. Janet has ministered in Russia, Mexico, England, Ireland, Ukraine, Holland, India, Singapore, Costa Rica, Denmark. Peru, Argentina, Jamaica and Tanzania to ymention a few of the countries. She has imparted God’s vision of worship and a call to the nations for worshippers who will worship Him in “Spirit and in Truth”!

She currently lives in Bradenton, Florida and bases out of Christian Retreat pastored by Phil Derstine. She is a faculty member of the Institute of Ministry at Christian Retreat, faculty of Vision Christian Bible College and also a traveling teacher with Victory Mission Schools. She is the Honorary Dean of the Music Department at Roca Blanca Bible School in Mexico. Her passion is to teach God’s musicians to flow in the anointing, bringing the Presence of God, healing, and deliverance to His people. She has released several prophetic instrumentals that have touched many hearts.

Janet is gifted in working with all ages of worshippers to release their spiritual gifts and natural abilities in the flow of the anointing, both individually and corporately.

Worship to the Nations 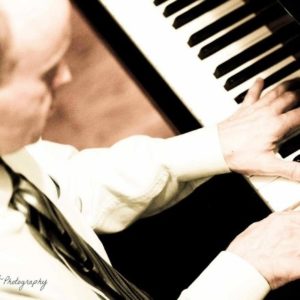 I’ve been leading and assisting in worship since a life-changing encounter with the Lord Jesus in 1972, playing keys, guitar, trumpet and penny whistle. My present focus is training musicians and recording in my home-based studio.
www.kenanaya.com stynway@gmail.com
832-215-9598 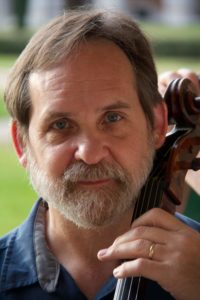 Max Dyer is a cellist with over 30 years of professional experience in the United States and abroad. In addition to his classical career as cellist with the Houston Ballet Orchestra, Max performed for three seasons with the Houston Symphony and for over two decades with Houston Grand Opera. Each year Max plays Christmas concerts with acclaimed New England – based contemplative pianist Dana Cunningham. He has toured widely in Great Britain and Sweden and has led improvisation and music workshops at Oxford University and King’s College Cambridge. Max holds a Masters Degree from Rice University’s Shepherd School of Music where he studied with Shirley Trepel. 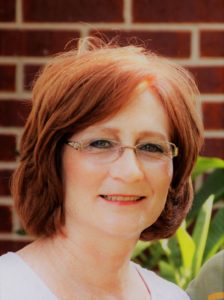 Jean McNemar, a worshipper of God, has served on Worship Teams for well over 30 years as a prophetic minstrel, bringing an anointed flow of God’s peace through her flute. She is a native Houstonian and has been playing her instrument since the fourth grade. She is also an Intercessory Prayer leader, a Teacher, and a Mentor in the Body of Christ, helping people fulfill their full destiny in God. 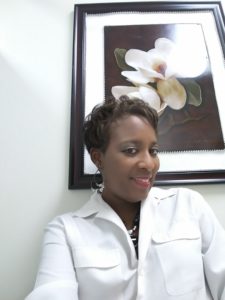 Ordained to minister God’s prophetic sound from Heaven, Talitha’s intimacy with God transcends to reach the masses. This native Houstonian desires to increase the understanding of Worship that sets the atmosphere for the Holy Spirit to reign. 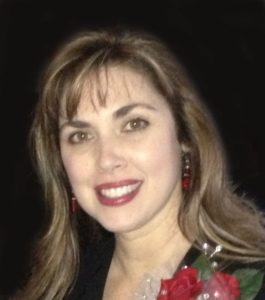 Rev. Shawnee Boykin is a prophetic psalmist, prophet, and minister with an extraordinary ability to tap into the realms of heaven and lead the way into the presence of the Lord. She has been serving the Lord over twenty years singing, ministering, teaching, prophesying and leading worship in churches and conferences. She is known for accurate prophetic flow and her compassionate ministry of the heart of God. She is President and founder of Streams of Worship. 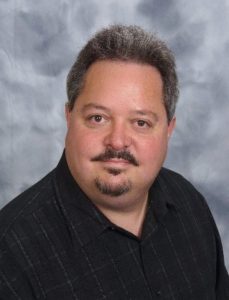 Pastor at Equippers Outreach Fellowship, An Ambassador of Heaven committed to Reformation, Reconciliation, Divine Purpose and Destiny. Studied Bible and video Production at Christ for the Nations Institute. Gil Delaney in October 2019, went hoe to be with the Lord and to worship directly to Jesus face to face! His gorgeous guitar and worship are represented in over 90 percent of the entire Chronicles of Worship Project. We will miss him in our future endeavors on earth, but are honored to carry forth his voice in the Chronicles of Worship and will always remain a member of The Lord’s Bridal Company! 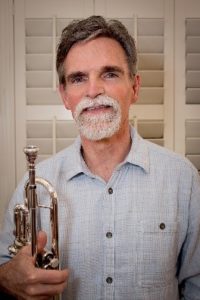 I have had the privilege of worshiping with Raelynn and her family and friends for over 10 years. It has been a joy to continually search and discover the sound of His heart together. 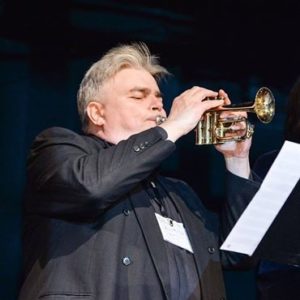 Eric Ward is a native Houstonian who has been in music for the past 45 years. He started playing the trumpet in junior high and graduated from the High School for Performing & Visual Arts and the University of Houston. He began playing in Houston area Churches early on and continues music ministry to this day. He has played with the Houston Symphony and Houston Grand Opera. In 1994 he blew the shofar for the first time and has developed a ministry around the shofar including teaching and all things to improve the shofar to manufacturing shofars.

Jay has played electric guitar at several churches around the Houston area. He and Raelynn began to play together and form their unique sound in January 2000, in the Upper Room, formally Covenant Worship Center. Their sound was uniquely knit together and both Jay and Raelynn began to lead the worship team, later Houston Revival Center. They played many glorious worship services together, and Jay continued on there while Raelynn and her husband founded Bride Song Ministries. Jay currently plays electric guitar with the worship team at Houston Faith Church. 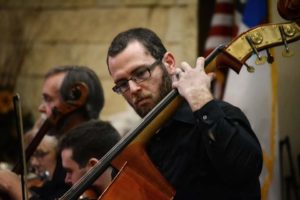 Zachary is one of Raelynn Parkin’s sons, and has played double bass all through school since age 10. He has also prophesied on his instrument for the last 10 years with Raelynn in their monthly worship nights as well as other worship events. He exudes such a gentle heart for worship and loves to inspire and encourage his generation to enjoy a deeper worship experience. He is a new father of our first grandson with his wife Cate, and exudes that heart of the Father to others. 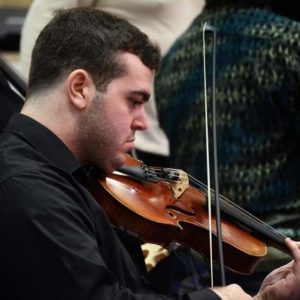 Michael is Raelynn Parkin’s youngest son and has also played viola all through school since age 10. He also has prophesied on his viola for the last 7 years in their monthly worship nights as well as other worship events. He also plays piano, writes prophetic songs, sings, and loves to be swept away in his viola interludes. He is excited about joining the armed forces and going to seminary.

Robert Wolfe is a prophetic worshiper and native Houstonian with unique sounds of jazz and classical with his electric guitar. He currently lives in New York and continues to minister there as well as as do studio work and imparts his love of worship and jazz to many others.